Australians are continuing to embrace Qantas Cash, with new stats showing it has now been used in 177 countries across 120 currencies since launch in 2013. 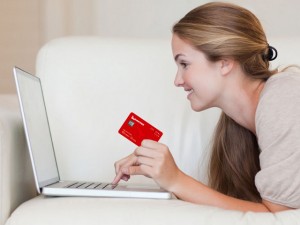 Head of Qantas Cash Ryan De Boer told the 20th Annual Cards and Payments Conference in Melbourne today that, on average, someone in the world is using a Qantas Cash card every 10 seconds.

“While there’s 11 different currencies that can be loaded onto the facility, the card can actually be used around the world where MasterCard is accepted and we’re seeing a trend to indicate that’s what’s happening,” Mr De Boer said.

“In a relatively short amount of time, Qantas Cash has been a great success – Australians have loaded close to one billion dollars onto Qantas Cash collectively since launch, which I think demonstrates the appeal of the Qantas Cash’s convenience combined with the opportunity to boost your Qantas Points balance for spending money that you were going to spend anyway.”

Mr De Boer said with the northern hemisphere summer season kicking off, this time of year is traditionally a busy time for Qantas Cash usage as Australians prepare to head overseas.

“Qantas Cash gives Frequent Flyers an easy way to boost their points balance and reach rewards, like flights and flight upgrades, sooner simply by using it while travelling or even making everyday purchases at home.

“Pre-paid travel cards really are handy when heading overseas because you don’t have to carry cash, but can access cash at ATMs around the globe. Plus you can lock-in exchange rates before you travel so it gives more certainty to your holiday budgeting, and with Qantas Cash, there are no load, inactivity or monthly fees.”

Qantas Cash is currently offering up to 10,000 bonus Qantas Points when loading foreign currency by 30 June 2015.

Load foreign currency in one transaction by 30 June 2015 to earn bonus points (on top of the points earn when spending money off the Qantas Cash card):

Members need to register for the promotion and review full terms and conditions at www.qantascash.com/points before loading currency in order to be eligible for the bonus points offer.

Qantas Cash is available to Australian resident Frequent Flyer members aged 16+. Consider the PDS at qantascash.com in making any decisions about the facility. Issuer: Heritage Bank Limited (AFSL240984).  Other terms and conditions and fees and charges may apply.

Qantas Points are earned on eligible purchases in accordance with the terms and conditions specified at qantascash.com. Exclusions apply.